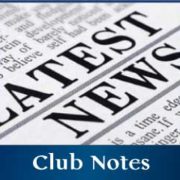 Our U15 hurlers had a superb win over Na Fianna on Sunday morning in Moystown winning by 3-12 to 1 -6. This was a fantastic team effort with players excelling all over the field in the second half to pull away over the closing quarter. Brian Pardy and Cathal Bergin were in scoring form in the forwards while Conor Ryan, Patrick Carroll and Conor Lyons we’re solid in Defence throughout. Some of the u13 players showed great skill in overcoming bigger stronger opposition. Best of luck to the lads this Sunday morning in the Final v Coolderry in Kinnitty. Team Killian Spain, Conor Lyons, Riain Carroll, John Troy, Conor Ryan, Patrick Carroll, Jack Mooney, Stephen Gilligan, Fiacra Dooley, Dara Boyd, Gearoid Dooley, Brian Pardy, Oisin Guinan, Cathal Bergin, Dylan Hollywood. Subs Patrick Lyons for Fiachra Dooley, Jack Ryan for John Troy, Sean Carey for Dylan Hollywood, Injured PJ Bracken

Having secured a semi-final place already in this tournament, our U12’s played their final match of the group stages on Friday night last against KK. Having put in a spirited display, our young hurlers lost out on a score line of 2-6 to 4-5. They now play Ballinamere in the semi-final on Thursday evening.

Congratulations to Kieran Dooley on an excellent job refereeing the Senior Hurling final on Sunday last and his assistant Shane Guinan. Also to our neighbours Seir Kieran & St Rynagh’s on winning the respective county finals over the weekend.

We are hosting the U13A final replay between KK and SBK on Saturday next. Help is required from 11:00 for a 12:00 throw in with Shane Guinan officiating.

Our club gear is always available at the club house. Contact Peadar Nugent on 086 302 2223 to arrange a visit to our club shop. Items can also be viewed on our website at www.drumcullengaa.com

Many thanks to all those who assisted in the hosting of the hurling games on Sunday last.

We extend our deepest sympathy to the family relatives and friends of the late, Michael Naughton Banagher.

Our club gear is always available at the club house. Contact Peadar Nugent on 086 302 2223 to arrange a visit to our club shop. Items can also be viewed on our website at www.drumcullengaa.com .

The final score line scarcely reflects how keenly this game was contested throughout. While DSK finished strongly it was the good start which gave a foothold for the remainder of the game. A goal and point each from D. Hollywood and P. Lyons saw us lead at the break by 2-2 to 0-2. Clara were left to rue so many wides in each half which could have made for a different result. Played on a perfect surface in the Faithful Fields on Sunday morning, the game was entertaining from start to finish with many outstanding performances. Defences were mainly on top and DSK were well marshalled at the back by J. Troy and J. Ryan in the spine, ably assisted by the excellent K. Carey and J. Hennessy while K. Morris and G. Dooley gave little away. At midfield, M. Og Ryan and S. Carey worked tirelessly. While D. Hollywood was the stand-out attacker, it must be said that  E. O’Neill was a constant thorn in the Clara defence and his 2pt second half contribution was hugely important. Moving P. Lyons to midfield later in the second half was  a shrewd move and R. Hollywood and Kyle and Jake Dooner always occupied their opponents.

A gap of 5 points was maintained for most of the second half, thanks mainly to the excellence of K. Spain in goals and  until a Kyle Dooner goal opened a comfortable gap and when DSK’s best performer pound for pound, K. Carey advanced to put his name on the scoring, there was only one result from there on.

We extend our deepest sympathy to the family relatives and friends of the late, Jimmy Flynn Cloghan and late Nuala Scott nee Walsh, formerly of Rath who died unexpectedly in Edinburgh.

Our club gear is always available at the club house. Contact Peadar Nugent on 086 302 2223 to arrange a visit to our club shop. Items can also be viewed on our website at www.drumcullengaa.com .

A late goal was no consolation as we suffered a heavy defeat in a most disappointing performance. Nothing went right on the day although there was no lack of preparation and commitment.  We appreciate the efforts  of players and management during the year. (See report elsewhere)

It was a mixed bag during the week when the Seir Kieran/Drumcullen Minor Hurlers lost heavily to Kilcormac/Killoughey by 7.15 to 2-9 having trailed  2-7 to 2-6 at the break. They now enter the shield competition. Drumcullen/Seir Kieran U13’s had a great win in the Shield semi-final when defeating CRC Gaels by 6-14 to 4-8 and now go on to the final in the Faithful Fields on Sunday morning at 12.15. Our U15’s went down 2-20 to 1-5 to a very strong Ferbane /Belmont team in the preliminary quarter and now enter the shield semi-final.

Drumcullen’s U12’s travelled to Galway on Sunday morning and having defeated the hosts, James Cusacks  and Oranmore/Maree they conceded defeat to a very good and huge (size wise) Ballinasloe team By 1-8 to 0-5. in the final. Fatigue may have been a factor as they entertained Roscrea on Saturday in which Kieran Coughlan sustained a broken finger. We wish him a speedy recovery.

We extend our deepest sympathy to the family and friends of the late Anne Murray, Lisheen

A promising opening half which had us leading at the break 1-7 to 0-8 gave way to a collapse thereafter only adding four to our tally. It was ominous that we were depending greatly on Joe Troy’s accuracy with minimal assistance up front apart from the efforts of Mark Kennedy and Niall O’Leary. Leading by four after 40 minutes we seemed to retreat in defence and handed the initiative to KK who were physically stronger in the heavy conditions. Alan Mannion could not be faulted in goals while Joe Kelly was outstanding at full back with excellent support from Aaron Moran, Mark Hennessy and John Brophy. Cathal Dooley tried hard throughout at midfield but the desired result was not to be. This was a game that could have been won but we had to concede to the better team on the day. We are appreciative of the efforts of management and players during the year and while things did not go well on the day they are capable of better days and should look forward positively to 2020. Team: A. Mannion, A. Moran, J. Kelly, M. Hennessy, L. Kelly, W. Spain, J. Brophy,  P. Spain, C. Dooley, J. Troy (1-8), D.Troy, D. Spain, N.O’Leary (0-1), C. Guilfoyle, M. Kennedy (0-2), Subs: Tadhg O’Brien.

Thanks to all the players & Management of the six teams that took part in the 1st Drumcullen U12 Tournament. It concluded on Sunday last with 3 fantastic finals in Rath where the players put on entertainment well above their youthful years. Thanks to our referees for all their help and time they gave in all the matches over July, August & September. Thanks to Michael Cleary Offaly GDA who presented the medals after each final. The big winner here was Offaly hurling with lots of talent for future development squads on show. Finally big thanks to the ladies who provided cups of teas to over 300 parents and kids after the game yesterday. Well done to all the clubs who played these games in the spirit it was set up for -which was to develop hurling skills In the kids.

We extend our deepest sympathy to the family relatives and friends of the late, Brigid Horan (nee Kelly) Boolinarrig and formerly of Lusmagh and Ray Nolan, Crinkle.